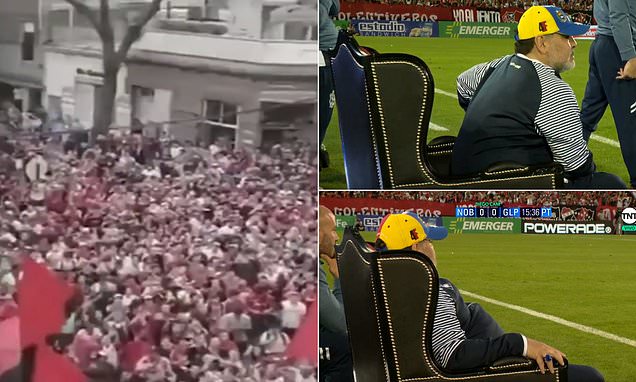 Diego Maradona was given a hero’s welcome when he returned as a manager to face his old club Newell’s Old Boys in the Argentine first division.

He only played a handful of times for the side in 1993, but they saw fit to welcome him like a king – even presenting him with a pitch-side throne.

The World Cup winner’s side, Gimnasia, who were before the game rooted to the bottom of the table, then sprung a surprise by beating Newells 0-4 at Estadio Marcelo Bielsa. 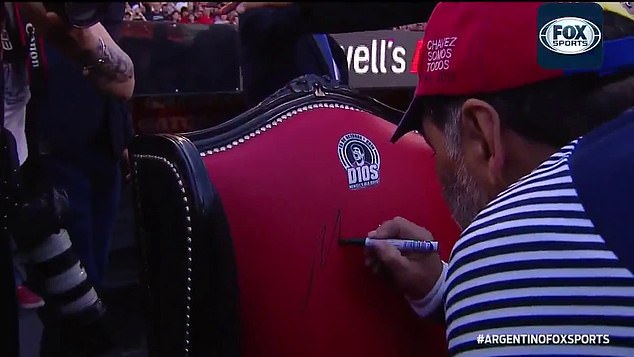 Newells fans also packed the concourse outside the hotel in Rosario where Maradona and his side were staying, chanting his name hours before the match had even started.

And he joined them in singing along and even danced for the vast swathes of people from his balcony.

When he arrived at the stadium he was invited to sign his special chair as photographers scrambled to get a picture of him and fans from both sides waved flags with his face on. 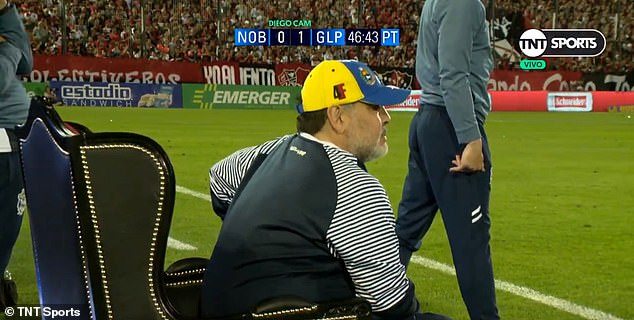 Maradona, who turns 59 today, then sat down and watched his side inflict a heavy defeat 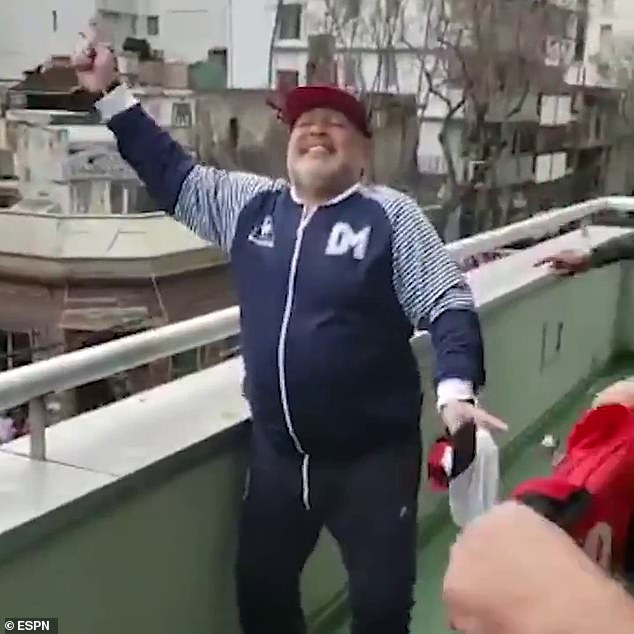 He also appeared to become emotional when former Liverpool midfielder Maxi Rodriguez, now captain of Newell’s, gave him a warm embrace and a banner with his face and the word ‘Dios’ inscribed on it.

Maradona, who turns 59 today, then sat down and watched his side inflict what was the Rosario side’s second defeat of the season.

TNT Sports LA even set up a live ‘Diego Cam’ that streamed throughout the match as the man himself relaxed on his new chair. 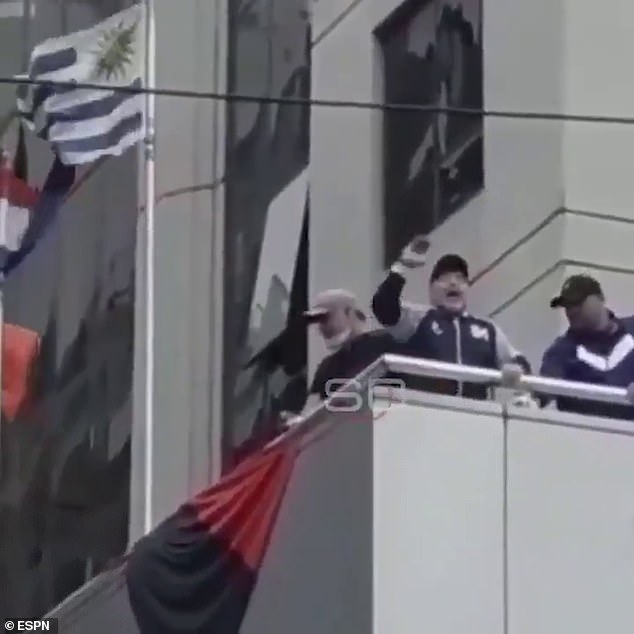 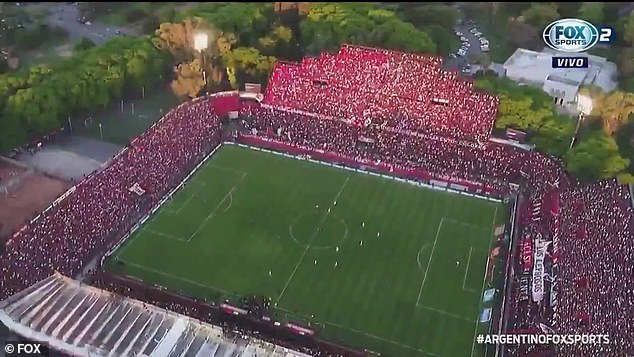 Despite not playing much for Newell’s, they were the side that welcomed him home in the 90s