Cosmo and Donato, the creators of Deontay Wilder’s $40k costume he wore to the ring for his second bout with Tyson Fury have revealed that he’s already planning a new costume for Wilder-Fury III.

The American boxer wore a black and red armored bodysuit with a matching mask and crown to the MGM Grand in Las Vegas for the second bout. But was knocked down twice before his team threw in the towel in the seventh round to hand his British rival, 31, an epic win. 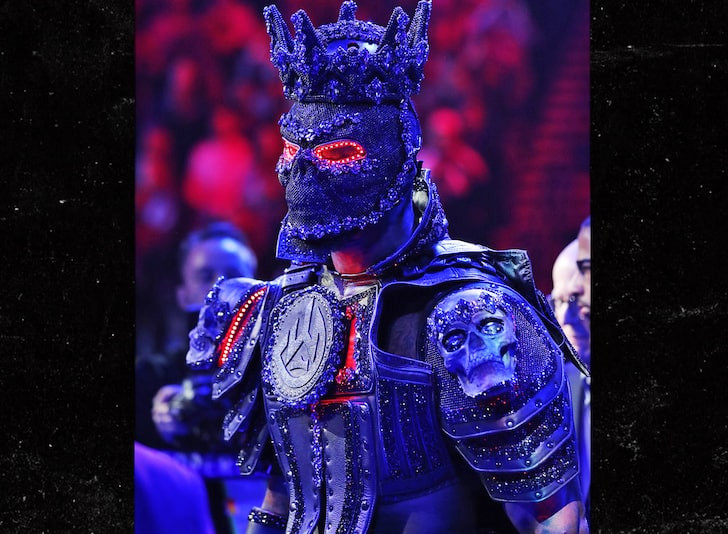 The next day after the fight, Wilder confirmed that he’ll be triggering his rematch clause to Tyson for the third time and claimed that his defeat was largely down to the 45-pound costume weakening his legs.

He told Yahoo: ‘He didn’t hurt me at all, but the simple fact is that my uniform was way too heavy for me.

‘I didn’t have no legs from the beginning of the fight. In the third round, my legs were just shot all the way through.

Despite his bizarre claims, Deontay Wilder has reportedly made contact with the designers, Cosmo’s Glamsquad about his next costume.

Speaking with TMZ about their post-fight convo with Wilder, Cosmo and Donato told the publication what the Bronze Bomber plans to do with his previous costume, and what they’re going to create for Wilder-Fury III.

“Deontay Wilder called me at home last night,” Crowley said … “We had an extensive, honest conversation that put confusion and rumors to rest.”

Cosmo said Deontay told him he considers the designer’s “family” and was “very clear that he looks forward to future collaborations.”

And, after they talked things out … “The subject of the call then turned to ‘Wilder v Fury III.”

Cosmo adds, “All of us consider it a privilege to contribute to the cultural and professional legacy of the iconic Deontay Wilder. As a fashion organization, I see no greater honor or responsibility that our team could be entrusted with.”