A violent incident marred the end of the National Football League game between the Cleveland Browns and Pittsburgh Steelers on Thursday, when Browns’ defensive end Myles Garrett ripped the helmet off Pittsburgh quarterback Mason Rudolph and used it to strike Rudolph in the head.

Commentators were aghast, with Fox head announcer Joe Buck describing the incident as ‘one of the worst things I’ve ever seen on a professional sports field.’

Garrett was ejected after the ensuing melee, with just eight seconds left in the game and Cleveland already assured of the victory. Garrett most likely faces at least a multi-game suspension by the league. 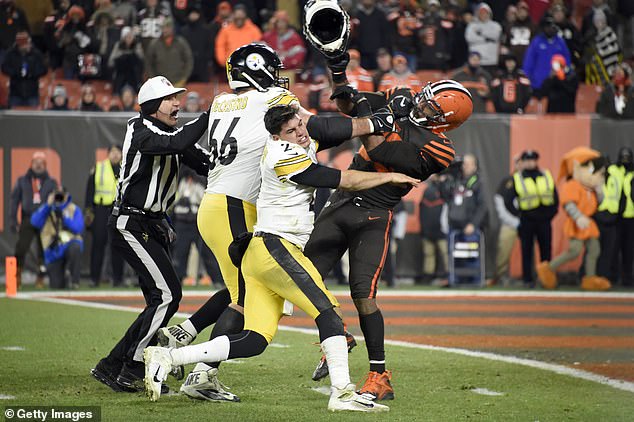 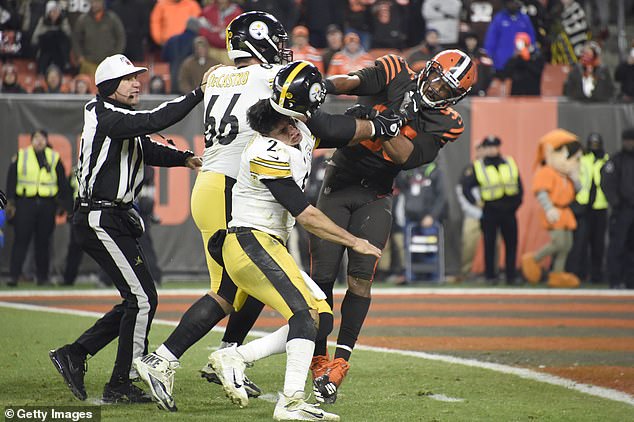 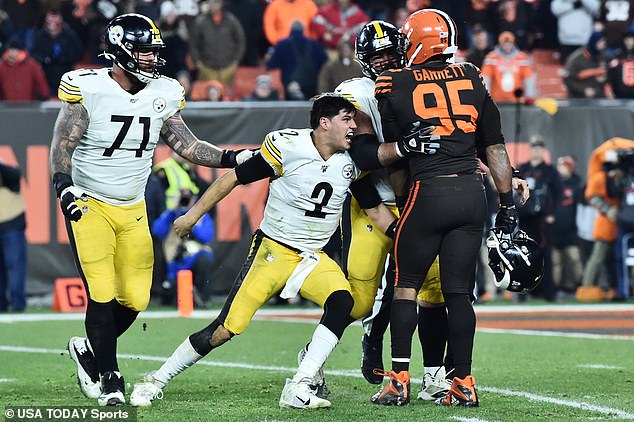 The incident started when Garrett tackled Rudolph well after the quarterback had thrown the ball.

Rudolph clearly took offense, and grabbed at Garrett’s helmet. Garrett then did likewise and managed to rip off Rudolph’s helmet before using it to strike the quarterback in the head.

Pittsburgh players were incensed, with center Maurkice Pouncey throwing a couple of punches at Garrett, before trying to kick him in the head after he was wrestled to the ground.

‘Oh gosh. Oh my goodness,’ Buck said as he watched a slow-motion replay of the incident.

Garrett and Pouncey were ejected, as was another Cleveland player, Larry Ogunjobi. 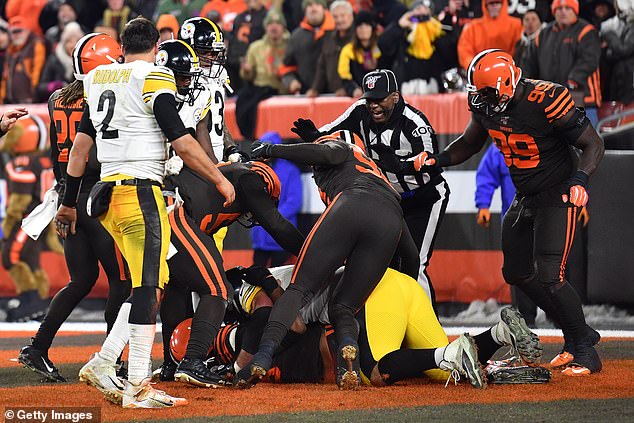 Rudolph did not appear to be seriously injured by the helmet strike.

Browns quarterback Baker Mayfield did not defend his team-mate’s behavior.

‘I didn’t see why it started but it’s inexcusable,’ Mayfield, referring to Garrett, told Fox. ‘I don’t care, rivalry or not, we can’t do that.

‘That’s just endangering the other team. He’s going to get suspended. We don’t know how long and that hurts our team.’

The teams meet again in 17 days. 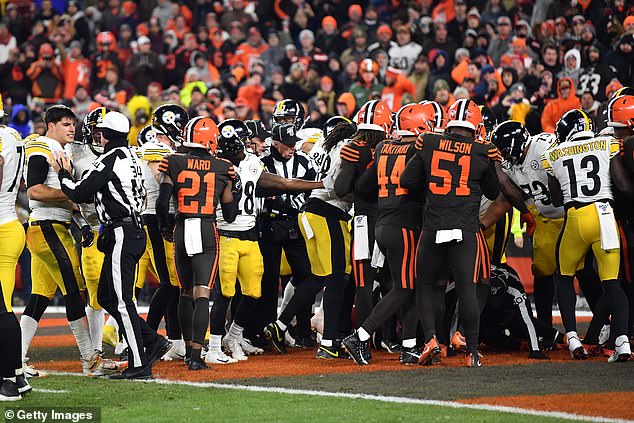