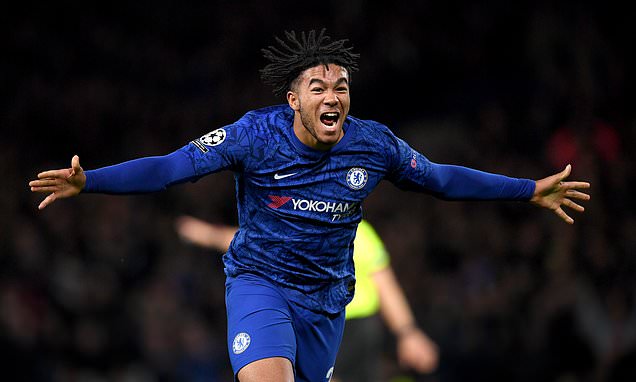 Chelsea recorded an incredible comeback in the most bizarre of circumstances against Ajax, as Reece James salvaged a point for the hosts after they found themselves 4-1 behind.

Ajax appeared to be in full control of the contest when they raced into a commanding lead in the second half, after Donny van de Beek had stretched their lead following strikes from Hakim Ziyech, Quincy Promes and a Tammy Abraham own goal.

Chelsea will be looking to go clear at the top of Group H when they host Ajax at Stamford Bridge for their fourth match of the Champions League group stage.

The Blues have recovered well from their opening night loss at home to Valencia, winning at Lille and Ajax to reach the halfway point level on points with the Dutch outfit.

Frank Lampard’s side are in a rich vein of form at present and know another win will put them in a strong position to advance from the group. Follow all the action from the 8pm GMT kick-off with DAN RIPLEY as well as all the night’s other ties in Europe.