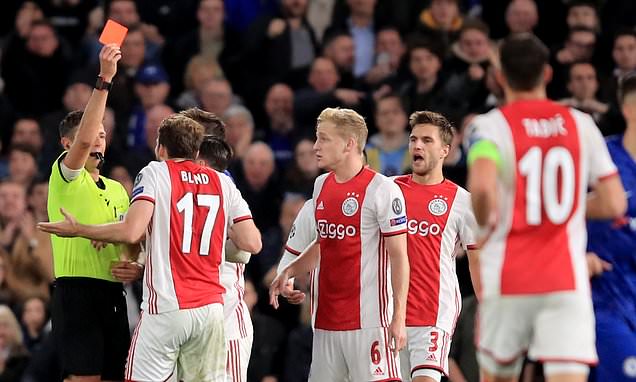 Daley Blind and Joel Veltman were both sent off for Ajax in a crazy passage of play at Stamford Bridge on Tuesday night.

With Ajax 4-2 up, Blind cynically scythed down Tammy Abraham as the Chelsea striker bore down on the penalty area, with referee Gianluca Rocchi signalling advantage as the ball fell to a team-mate.

Then, Callum Hudson-Odoi’s goalbound effort struck Joel Veltman on the hand, resulting in Rocchi pointing to the penalty spot. 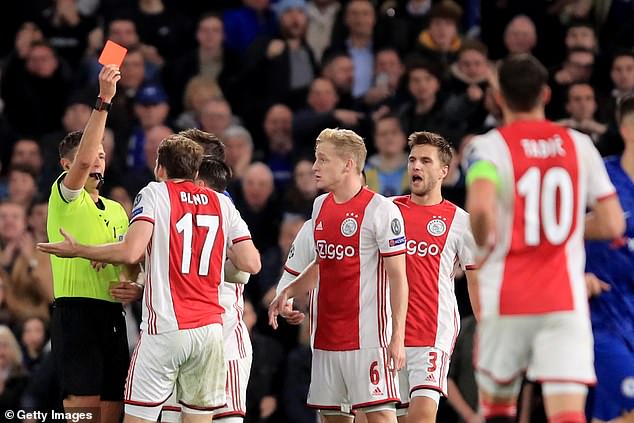 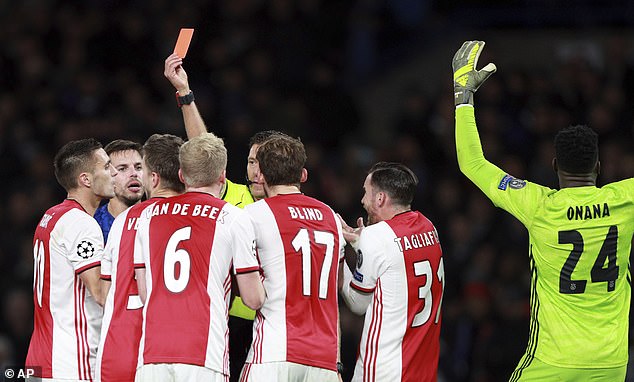 After awarding the penalty, Rocchi first went to Blind to show him his second yellow card and a red. After then taking a minute to think and to disperse arguing players, he also gave a second yellow to Veltman, Blind’s centre back partner.

‘We didn’t have a clue what was going on,’ Rio Ferdinand added. ‘We were all sitting here asking questions and it was crazy. But we said during the half-time break that one of these centre half players would get sent off.

‘That was a bad tackle from Daley Blind (on Abraham) and definitely a bookable offence. And then the handball.’ 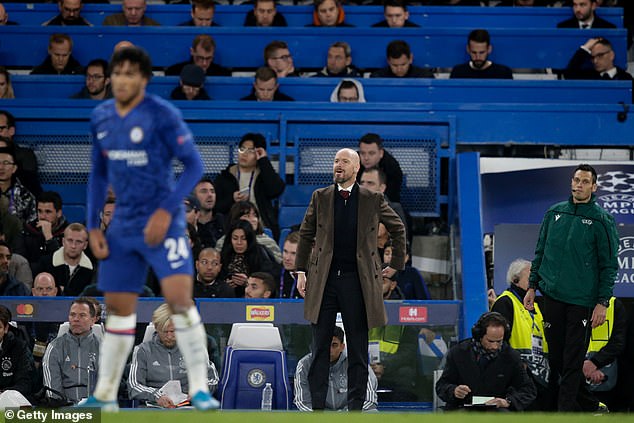 From the resulting penalty, Jorginho stepped up for Chelsea and sent his effort into the right corner of the net to make it 4-3 to Ajax.

Youngster Reece James scored the equaliser three minutes later to set up a thrilling finale in which Cesar Azpilicueta had a goal disallowed for handball by Abraham.

After the match, Ten Hag said ‘one moment in the game everything changed’. 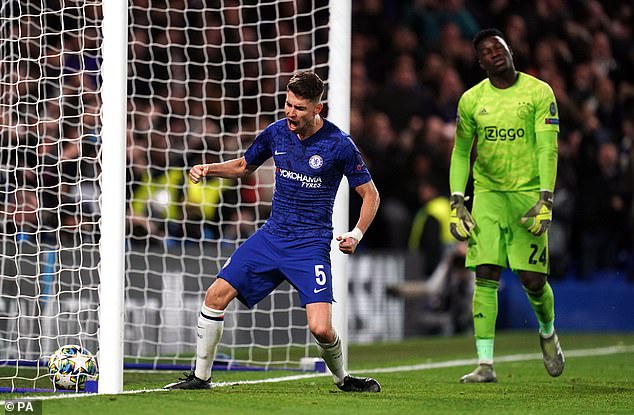 ‘I think it’s a foul on Daley Blind and from there he fouls because he was fouled,’ Ten Hag said.

‘Then the shot and the handball. Then two yellows but it’s two reds and a penalty. I think we got punished several times. First Daley Blind, then Joel Veltman. Then the next game they are suspended. That’s why we are disappointed, but still positive.’

James said: ‘It was a crazy game. They were hard to break down and we took advantage of them going down to nine men, it was a shame we couldn’t win.

‘Scoring a goal is a bonus. The manager told me to come on and liven the boys up, we had chances to win it but from where we were at half time it’s a good result.’ 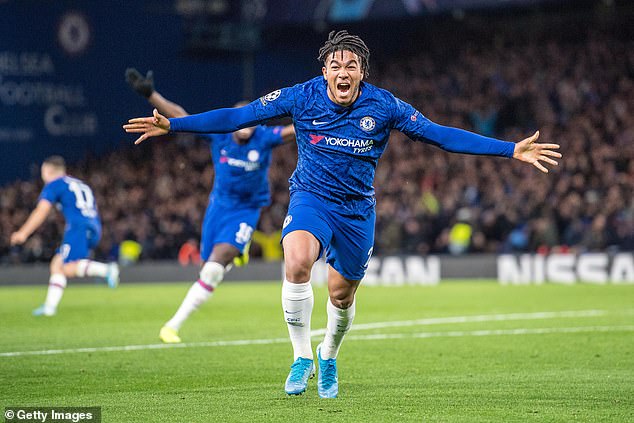