The Rivers State Prophetess who shared the Prophecy on Facebook, recalled how she was hated by many over her prophecy during the election. She further stated that the “Lord wants Bobrisky to repent and change from his abominable ways, or he will become incurably sick”.

She wrote “Prophecy! Prophecy!! Prophecy!!! That was how I got a message from God during the 2018 election, many hated me because of that, but at last it came to pass. Any person that can reach Bobrisky should tell him the Lord is asking him to repent and change from his abominable ways, else sooner than later he would be incurablly sick. Thus says the Lord from Prophetess Dr Blessing Chidinma Prince, Mummy B Oyigbo Rivers State Nigeria” 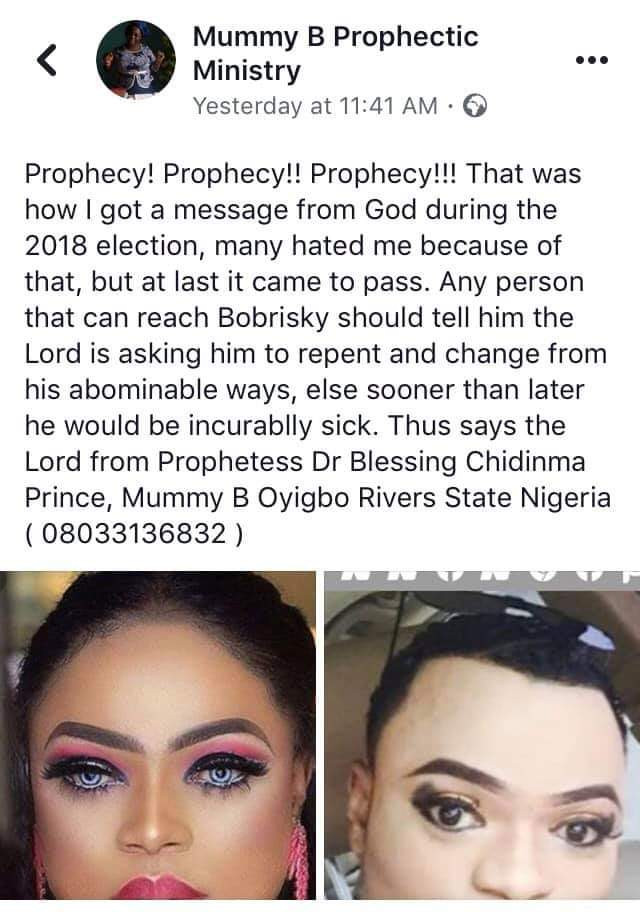 However reacting to the prophecy, Bobrisky stated that it is ridiculous and pathetic to see how much hate he has amassed by living out his originality.

The cross-dresser further stated that the Prophetess who is trolling him under the guise of spirituality will be the one to fall sick. He further described her as a schizophrenic patient. 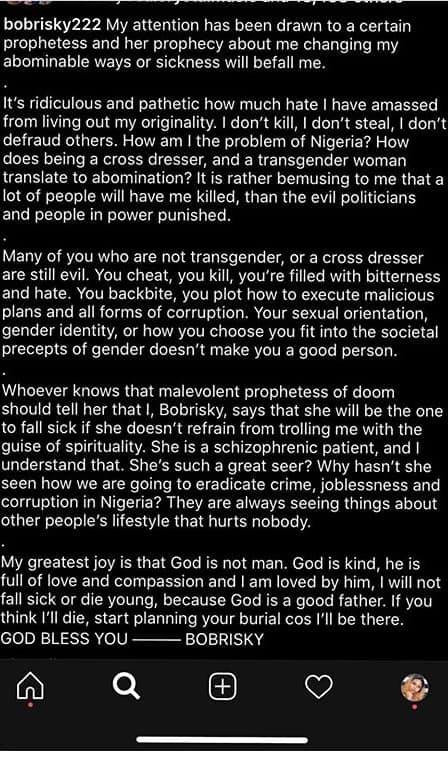