The BBC has secured broadcast rights to the 2021 and 2023 World Athletics Championships, it announced on Sunday evening after the conclusion of the 2019 event in Doha.

‘After the medal-winning performances from Dina Asher-Smith, Katarina Johnson-Thompson and our relay teams, this is fantastic news for the BBC that we can continue to broadcast world-class athletics free-to-air and provide audiences across the country with the best coverage of our British athletes and world superstars,’ BBC Sport director Barbara Slater said.

The corporation’s coverage was last week criticised by IAAF president Lord Coe for the way it portrayed the sport in light of poor attendances. 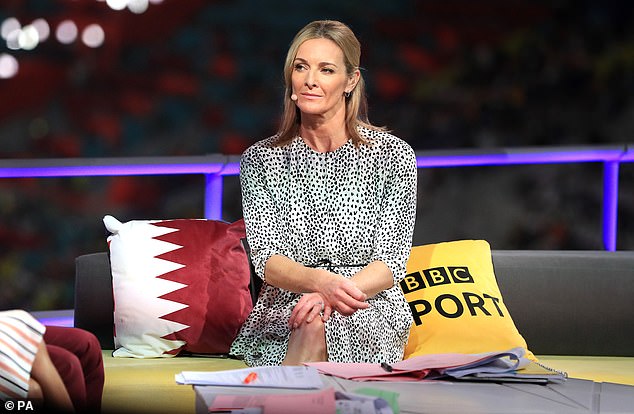 On Sunday night, Asher-Smith said she wants to inspire the next generation of sportswomen after she made history in Doha.

The 23-year-old became the first British athlete to win three medals at a single World Championships after claiming silver in the 4x100m relay on Saturday.

She added to the 200m title and 100m silver she claimed at the Khalifa International Stadium last week.

The sprinter has been one of the stars of the championships in Doha as she plans for next year’s Olympics and is out to motivate others. 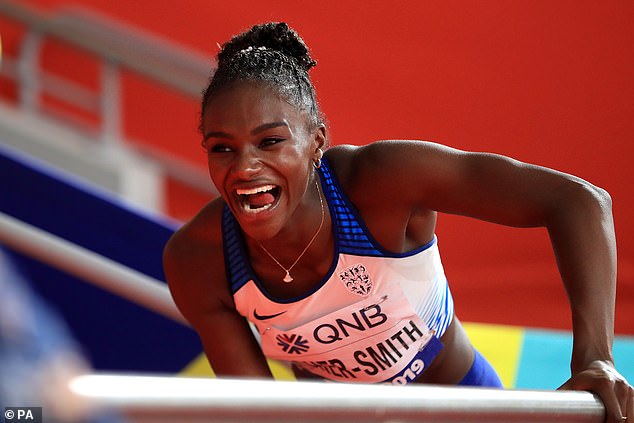 The organisation has broadcasted the competition from Doha, where Dina Asher-Smith shone

She said: ‘When kids say they want to be like me I’m like ‘no you don’t, you want to be better than me’. It’s true. It’s a compliment but don’t aim to do what I do, aim to do better.

‘I’m happy we (women) are getting positive things because it’s been like ‘what’s it like to be…?’ They are valid questions but it’s always with a negative slant and you’re like ‘we’re just doing our jobs’.

‘We’re training just as hard and going out there and winning medals.

‘From what I’ve seen it’s getting better but with the Olympics, Women’s World Cup in the past few years we’ve definitely seen a trend in people (women) wanting to play sport and knowing about it in popular culture, magazines.’