Burnley striker Ashley Barnes wants to see out his career at Turf Moor after signing a new contract.

The 30-year-old frontman, who is the club’s record Premier League goalscorer with 36, has committed his future to the Clarets until June 2022 with the option of a further 12 months.

However Barnes, who joined the club from Brighton in January 2014 and has made 189 appearances since, is hoping his stay will be extended further. 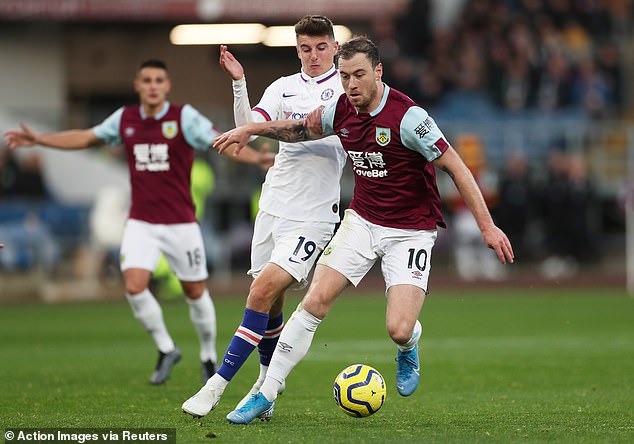 He said: ‘I’d like to see out my playing days here. At this moment in time, I don’t see anything else for me and I just want to continue playing at the highest level possible, and hopefully that is with Burnley.

‘I just want to carry on playing and I want another contract after this. When you’re in your 30s, people say you’re almost done, but for me I want to play as long as possible.

‘I’ve still got a lot to learn and a lot to achieve, and I want to stay in the Premier League until I retire.’

The Bath-born frontman, who began his professional career at Plymouth, has a record 146 Premier League appearances for Burnley to his name, one more than defender Ben Mee, and has played his part in two successful promotion drives under manager Sean Dyche.

He scored 12 top-flight goals last season – his best return yet – and is on four for the current campaign heading into Saturday’s home clash with West Ham. 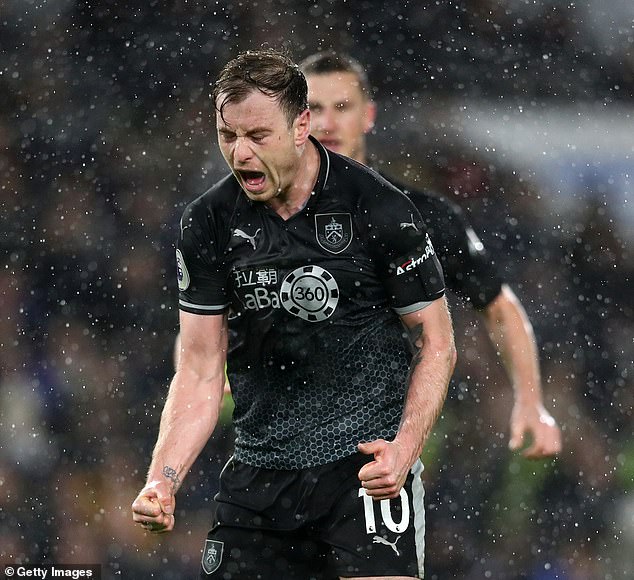 Barnes wants to see out his playing days at Turf Moor: ‘I don’t see anything else for me’