World No 1 Ashleigh Barty ended the 2019 season in style as she beat defending champion Elina Svitolina to win the WTA Finals in Shenzhen.

The 23-year-old Australian, who had lost all five previous meetings with Svitolina, won 6-4 6-3 to claim £3.4million ($4.42m) – the biggest prize money in tennis history.

Barty, the reigning French Open champion, ended Svitolina’s 10-match winning run at the WTA Finals and stopped the 25-year-old becoming the first player to successfully defend the title since Serena Williams, who won three in a row between 2012 and 2014. 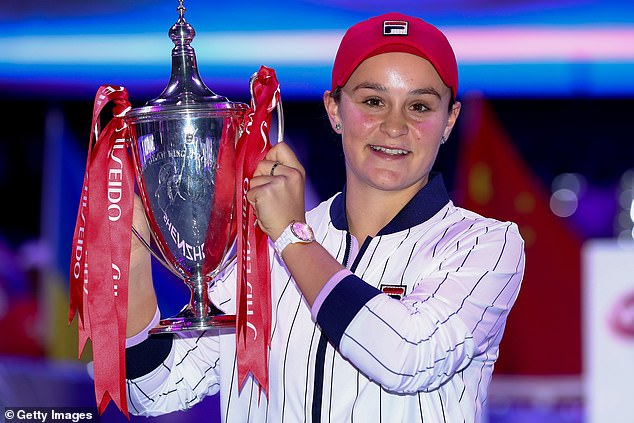 The first set went with serve until the 10th game, when Barty – on her third set point – met a Svitolina second serve with a forehand winner.

Svitolina gained an early break in the second when Barty double-faulted on break point, but the Australian responded by reeling off the next three games in style.

A double-fault at 30-30 gave Svitolina the chance to break back, which the Ukrainian did at the first chance, but Barty again responded superbly to go 5-3 up. 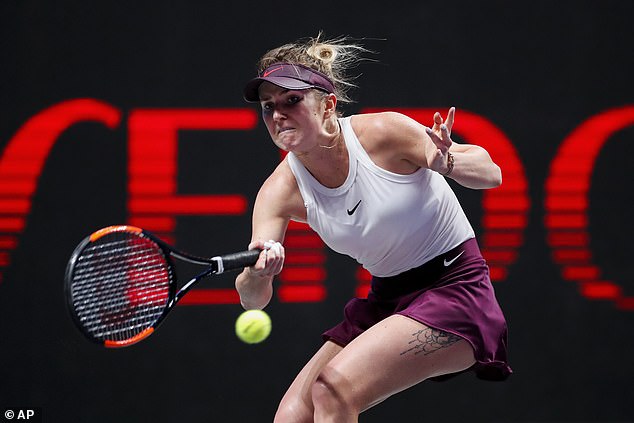 And the Australian impressively served the game out to love to claim victory.

Barty, who only broke into the top 10 in April, told WTA Tennis: ‘It feels like it’s been a year that just hasn’t stopped.

‘It’s been a year of incredible ups and downs – I think more ups than downs. To cap it off with a very, very special night tonight in Shenzhen is really cool.’