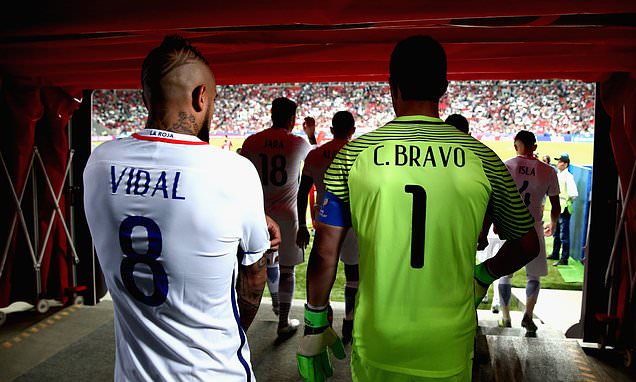 The pair were recently named in the same squad for the first time in two years but didn’t speak to one another despite sharing the same dressing room.

Vidal has now spoken about the reasons behind his frosty relationship with Bravo and says he can’t ever envisage them being close. 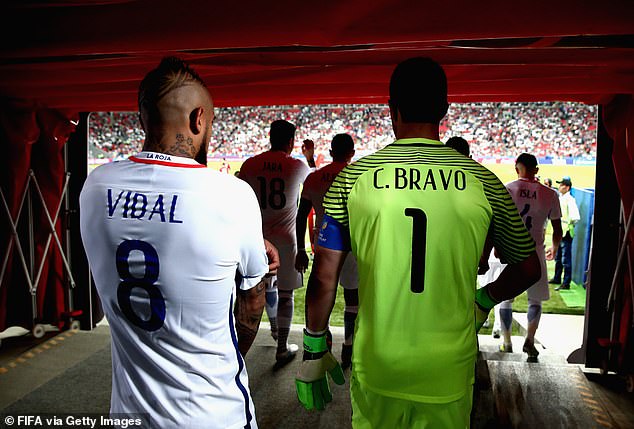 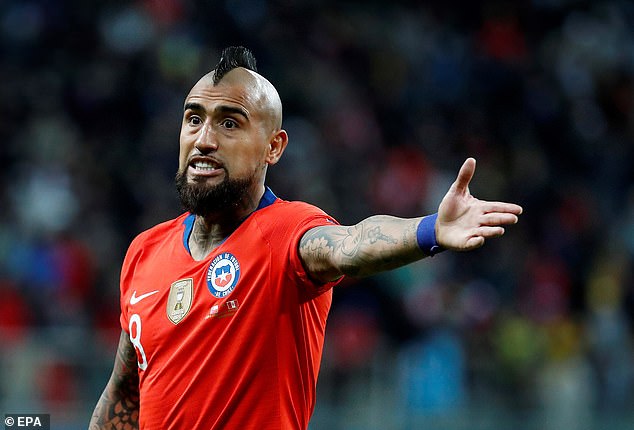 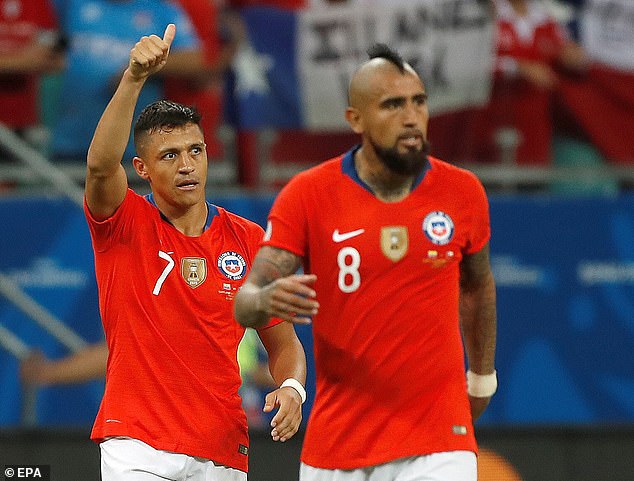 ‘Bravo’s wife accused us of partying during the World Cup in Russia and not training because of drunkenness,’ Vidal told Chilean newspaper El Mercurio.

‘One of the two of us must take a step forward and it wasn’t me, for that reason I didn’t make any problems and we both trained individually.

‘He gave everything, as did I, the team could see that. We’re not friends, nor will we be, but the national team is the most important thing. 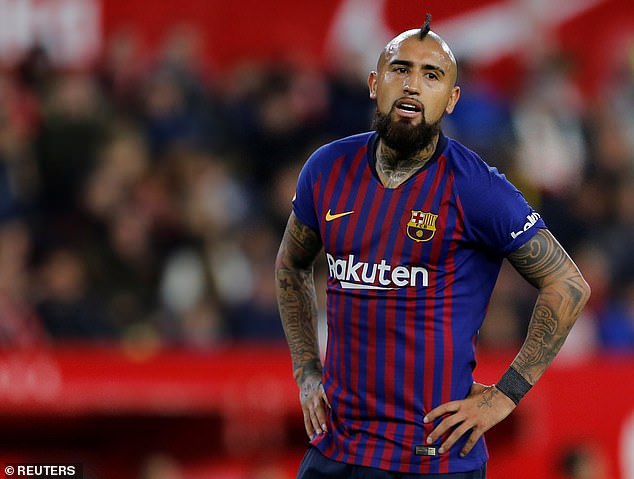 ‘I have said things [to Bravo] and I don’t have any reason to say them in the press. I am man enough to say things face to face. I don’t know if he understood what I said, but we haven’t spoken again since then.’

Vidal also admitted he ‘isn’t happy’ at Barcelona after falling down the pecking order at Camp Nou and discussed reports regarding a potential move to Inter.

‘I am not happy, I am not happy,’ he said. ‘All my career I have started and this time it hasn’t happened. I am calm, I am working to turn it over and win the position. I know it will come.

He added: ‘I lived very nice moments with Antonio Conte. The quality leap I gave was thanks to him. In football the most important thing is trust and when a coach of that prestige gives it to you, you improve a lot.’