Unai Emery woke up on Friday morning knowing his Arsenal future was hanging barely by a thread, before officially receiving the chop.

Defeat to Frankfurt, despite taking the lead inside an almost empty Emirates stadium, was final straw for the Spaniard’s doomed spell in north London.

As Arsenal chiefs look to the future after deciding Emery’s fate, Sportsmail takes a look at the candidates who could soon take his position at the helm. 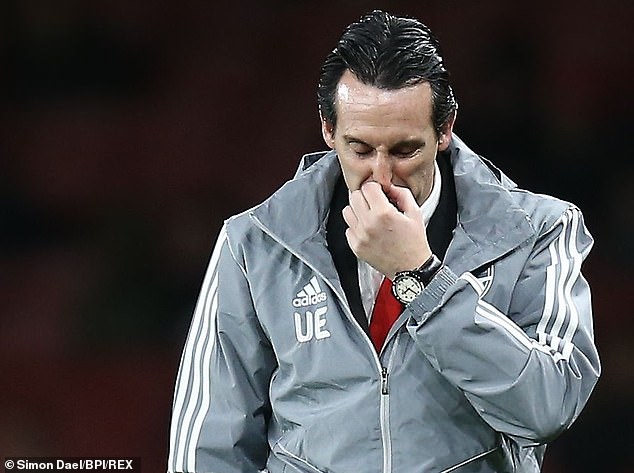 The Wolves manager has hit every objection set down for him, since bringing the Midlands club back to the big time.

European qualification in his first season of Premier League football earned Santo admirers from around the globe.

The former goalkeeper has displayed astute levels of tactical awareness and is a deeply knowledgeable student of the game. 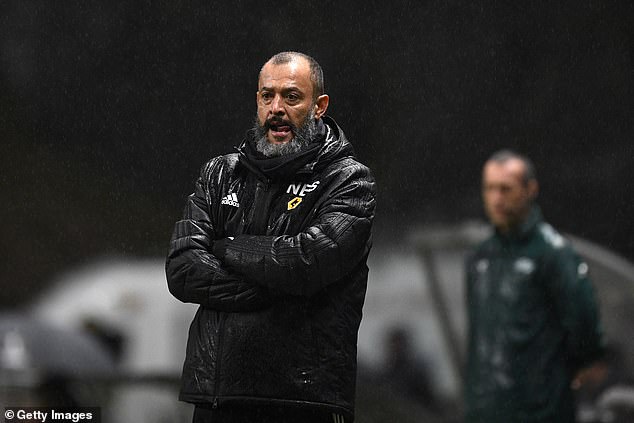 Wolves will fight tooth and nail to keep hold of their bearded messiah however, as they look to continue implementing their ‘seven year plan‘ and make themselves contenders for major honours.

Compensation costs to bring Santo to the Emirates would be sizeable, though the bookmakers currently place the Portuguese as the favourite for the position.

It would be quite something for the powers that be at Arsenal to turn to Arteta, after deciding at the eleventh hour that their former midfielder was not ready for the task of replacing Arsene Wenger.

Arteta was overlooked in favour of Emery, and was said to have been left disappointed with the snub by the club he once captained.

Nonetheless, Arteta’s stock as an emerging coach remains high, and further time spent working on a daily basis with Pep Guardiola has done no harm at all. 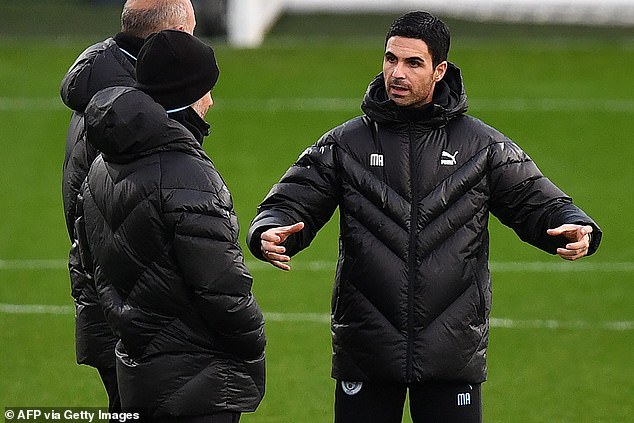 Snubbed at the last minute to replace Arsene Wenger, Mikel Arteta is now back in the picture

When last considered for the Arsenal position, which was ’90 per cent’ down the line, Manchester City had said they would not stand in the way of the Spaniard taking to the dug-out.

This time around, however, City are much less inclined to let Arteta depart. The 37-year-old is a crucial member of the coaching staff at the Etihad, as Guardiola’s men prepare to both defend their Premier League title and aim to finally capture the Champions League.

The bookmakers currently have Arteta as 9/2, second favourite behind Santo, to succeed Emery at the Emirates.

An immediate choice for many Gunners, Allegri provides a perfect blend of experience and bold personality.

The 52-year-old has been taking a break away from management after leaving Juventus last summer and making way for Maurizio Sarri. In his spare time he has been taking English lessons, which could soon prove very useful indeed.

Having managed Italian giants AC Milan as well as Juve, Allegri knows what it takes to have the pressure of competing on the highest level for silverware. 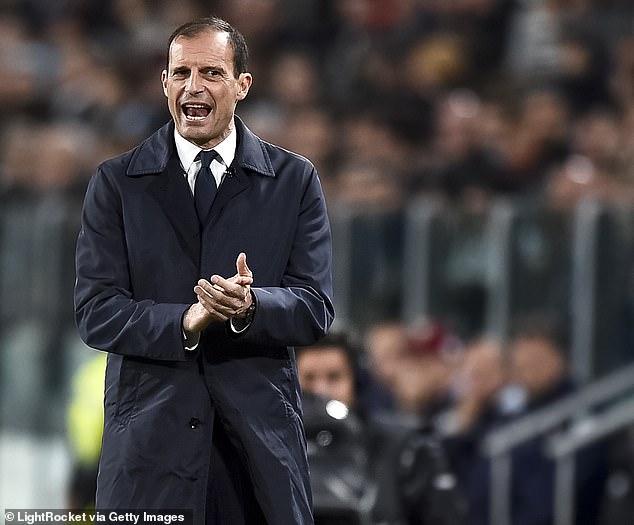 Allegri would arrive with six Serie A league titles to his name, along with a vast collection of honours across the Italian top flight.

Twice Allegri had guided Juve to a Champions League final, and has won manager of the year four times in his homeland.

The cost-effective process of getting Allegri would be ideal for the Gunners, who would not have to worry about compensation matters. His lack of Premier League experience however could be a worry, as Arsenal need a man to come in and pick things up instantly.

Allegri is currently priced at 8/1 to make his first foray to the Premier League.

Bournemouth manager Howe was another consideration when the matter of replacing Wenger was hot on the lips of the Arsenal board members.

The risk of hiring a young manager and giving him a first shot at the big time was deemed too great last time around, though things may well be about to change.

As the elite level experience of Emery has all but failed to translate in north London, Arsenal could now turn to the league’s longest serving manager. 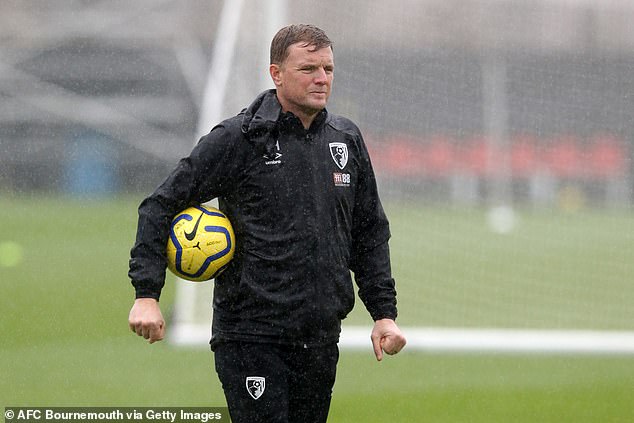 Earning plaudits for many seasons with Bournemouth, Eddie Howe could be in line for big job

Taking Howe to the Emirates would mirror that of Liverpool hiring Brendan Rodgers in 2012. Though that tenure had a sour end, the Northern Irishman rejuvenated the way football was played at Anfield, bringing back style and identity to Liverpool while offering hope and a title challenge to boot.

As Howe has more Premier League experience under his belt than Rodgers did upon signing on the dotted line on Merseyside, Arsenal will see the option as an attractive one.

Howe would of course be difficult to prise from Bournemouth. He is revered at the Vitality Stadium, and seen as pivotal to both the Cherries’ top flight status and future progress. He currently sits as an outside runner for the role at 16/1.

And so to perhaps the most interesting one of all.

Pochettino to Arsenal would be huge, and not purely down to the fact that one of the most exciting managers in European football would be taking the reigns.

The rivalry in the north London derby would crank up tenfold, given Pochettino’s hugely successful tenure at White Hart Lane.

Bookmakers currently price Pochettino at 8/1 to take over, which reflects the dynamic that a decision would purely be one taken by the coach himself rather than the club. 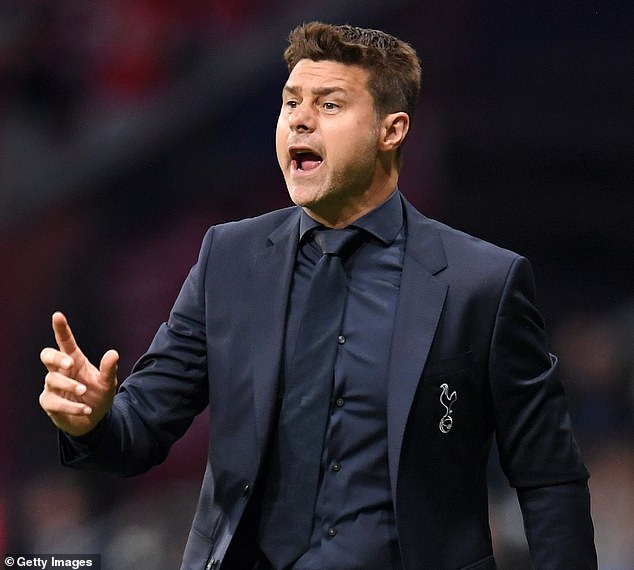 It’s perhaps safe to say that if Pochettino gave Arsenal the green light, little to no hesitation would be made.

One of the most in-demand coaches on the continent, Pochettino is now freely available and ready to start work as he chooses.

Last season it would have taken around £40million to pull the Argentine out of his lucrative and water-tight contract at Spurs, but now things have dramatically changed.

Arsenal could offer Pochettino many of the things he enjoys, including state-of-the-art facilities, an ever-burgeoning academy and a youthful senior squad ready to be cultivated and taken to the next level.

Budget however remains a huge obstacle, and something Emery has had to juggle for the duration of his time in England.

One of Pochettino’s main gripes at Spurs was an enduring feeling that progress was being held back due to limited investment. It would be a case of out of the frying pan and into the fire in this regard at Arsenal, with the club desperately in need of a full rebuild of their own.