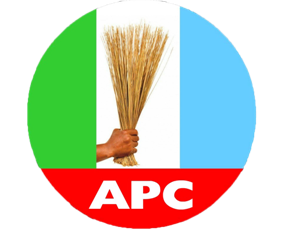 In a press statement Tuesday by the APC Publicity Secretary, Barr. Ogheneluemu Sylvester Imonina, said “A Commission that is supposed to be an interventionist agency for the good of Deltans from oil producing communities is now a cesspool of personal aggrandisement and corruption”.

He noted that the commoners/the poor from the oil producing communities are wallowing in abject deprivation of social basic amenities such as good schools, good roads, portable water, health care and other basic necessities of life.

He pointed out that the State is rich enough to provide alternative electricity for her people, alleging that some few persons in Delta State PDP led government are feasting on their commonwealth.

The APC Stalwart hinted that the present DESOPADEC budget for oil producing area is about N28 billion.

Speaking further, he said “N4.6bn (four billion, six hundred million naira) for media propaganda of things claimed to be done, yet “not done” for the area of mandate of the Commission, for the fiscal year. Why that humongous amount! A good product does not need advertisement. The claimed projects will advertise themselves through the beneficiaries and not the media hype.

“N5.2bn (five billion, two hundred million naira)vfor the fiscal year, on security in the area of mandate. In other words, over #433m (four hundred and thirty three million naira) is budgeted/spent on a monthly basis!

“N3.6bn (three billion, six hundred million naira) on Water ways and land security committee. That is, #300m (three hundred million naira) on a monthly basis. This is a committee that ought to be directly financed by the State Government, but same was given to DESOPADEC as an added burden and a pipe for frittering away our commonwealth. Information available says that the committee is an avenue for empowering some few PDP thugs/members who could not be given the position of Special Assistants and Aides to the Governor. What a way to waste resources of our dear State.

“N5bn (five billion naira) for miscellaneous, entertaiment and other frivolous things. Who are they entertaining? That is left for Deltans to imagine”.

Meanwhile, after the addition of monies for salaries of DESOPADEC Staff to the above, what is left for the developmental projects for the oil producing areas in Delta State is only a meagre sum, around the neighbourhood of N4billion (four billion naira). “This is criminal thievery and neglect of the people who purportedly “voted” PDP into power in Delta State, and it is unacceptable. Deltans never bargained for this!

“We are not unaware of other sordid things that are going on in the Commission! Those concerned should know that Deltans are presently wiser than yesterday. The patience of Deltans should not be taken for granted.

“We call on the members of Delta State House of Assembly to live up to their responsibilities. One of their duties is to act as check to the excesses of the Executive Arm of Goverment. We hope they have not traded this power to check for a pot of porridge?

“We also call on Civil Society Organisations and all people of goodwill to come out of their comfort zones and put the Government of Delta State on the right track. The resources of the State should be seen in the physical development of the State. Things cannot continue like this. We are tired of the more you look, the less you see, projects only existing on paper and in the media”.